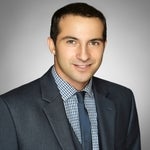 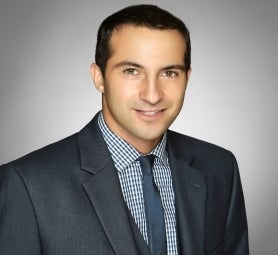 Attorney Mohammad (Moe) Ahmad received a Bachelor's Degree from Western Illinois University. With justice and advocacy in mind, he attended Western Michigan University, Cooley Law School where he earned a Juris Doctorate Degree with a Concentration in Litigation.

Moe is a former prosecutor of the Cook County State's Attorney's Office. With over a decade of experience as an attorney, Moe has extensive litigation experience. During his years as an attorney, he tried hundreds of criminal, traffic and DUI cases. Moe continues to maintain a reputation for being well-skilled, fair and honest.

Moe's primary practice areas consist of criminal law, DUI, traffic matters, personal injury and real estate transactions. His philosophy regarding the practice of law is not only to be his clients' attorney, but also a their counselor at law.

Moe devotes his spare time volunteering at high school mock trial competitions, guest speaking at schools pertaining to the practice of law, trial skills and what to expect in a courtroom and as a practitioner and litigator. Moe has organized, presented and moderated numerous continuing legal education (CLE's) throughout the years for the benefit of the legal community.

Contact us 24 hours a day, 7 days a week for an immediate case evaluation.

Thank you for contacting us. We will get back to you shortly.

Please complete all required fields below.

Get Started With Your Defense

Request your free case evaluation to learn about the options available to you.