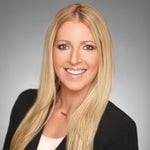 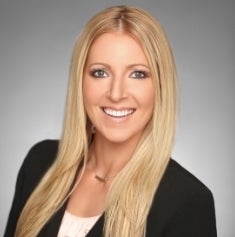 Owner of the Chiapelli Law Offices, LLC. Tja Chiapelli is "Of Counsel" to the Ahmad Law Firm, LLC. Tja and Moe were partners as prosecutors in criminal courtrooms. They tried numerous bench and jury trials together. Both Tja and Moe built a reputation as aggressive, yet compassionate, fair and honest attorneys. With advocacy and fairness in mind, Tja left the Cook County State's Attorney's Office to help those who are accused. Tja and Moe decided to form an alliance as criminal defense attorneys in order to give a voice to the voiceless and to protect individual's constitutional rights.

Tja Chiapelli was nominated by her legal peers and was distinguished as a 2020 "Super Lawyer."  As a former Cook County prosecutor, she handled thousands of criminal and traffic cases including misdemeanors, DUIs, traffic, license issues and felonies. She started in the Criminal Appeals Division of the Cook County State's Attorney's Office where she successfully argued in front of the 1st District Appellate Court. From there she spent the remainder of her prosecuting career in the 3rd District Courthouse, where she litigated hundreds of DUI hearings and criminal trials before both judges and juries.

Tja Chiapelli left the Cook County State's Attorney's Office and began practicing criminal and traffic defense privately. Her areas of focus continue to be DUI, traffic, misdemeanors and domestic relations. As a former prosecutor, she has the advantage of knowing how the prosecution, police and judges think. She applies this knowledge and experience to her client's advantage in the courtroom as an experienced trial lawyer. Her passion for clients' rights has made her a successful and aggressive defense attorney. She is known by her clients as the attorney “to go the extra mile.”

Tja Chiapelli received her Juris Doctorate from The John Marshall Law School in Chicago, IL. While in law school, she clerked at the Cook County State's Attorney's office. Before law school, she graduated with honors from Western Illinois University. She is licensed to practice law in Illinois and is a member of the Illinois State Bar Association and the Northwest Suburban Bar Association.

Contact us 24 hours a day, 7 days a week for an immediate case evaluation.

Thank you for contacting us. We will get back to you shortly.

Please complete all required fields below.

Get Started With Your Defense

Request your free case evaluation to learn about the options available to you.